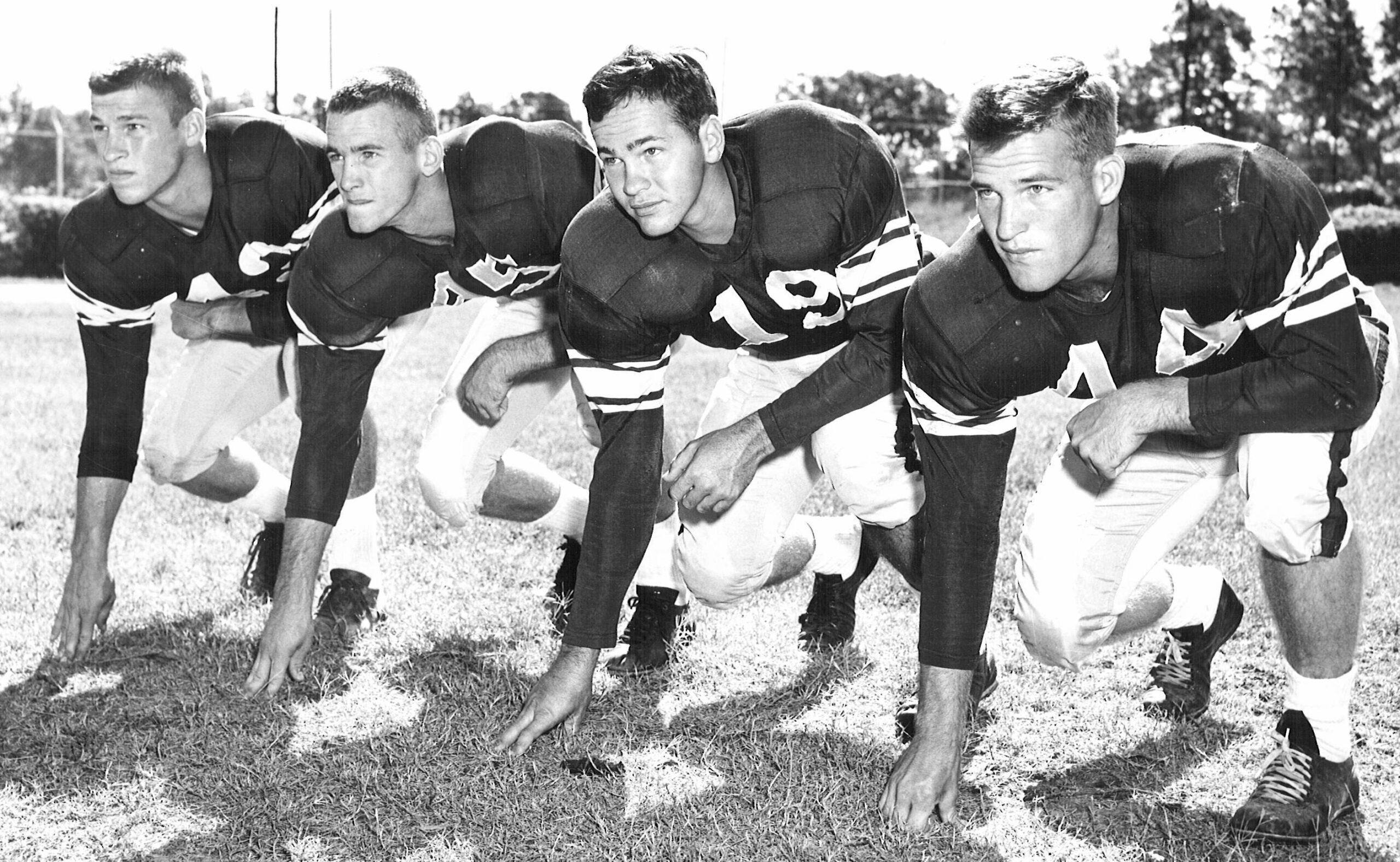 The late Eddie Crawford of Oxford, Mississippi, is being memorialized with a scholarship fund in his name.

The legendary Ole Miss player, coach and administrator was touted as one of the University of Mississippi’s greatest ambassadors. “Eddie epitomized everything good about Ole Miss and wore many hats during his 55-plus years of service to help our great university become what it is today,” said Keith Carter, senior associate athletics director for development and executive director of the Ole Miss Athletics Foundation. “He was responsible for much of the groundwork that built the high level of success our athletics department now enjoys.”

The Eddie Crawford Memorial Scholarship Endowment Fund will provide student-athletes financial assistance to help them achieve success on the fields and courts of play as well as in the classroom. Crawford, a native of Jackson, Tennessee, most recently served in a part-time role as Special Assistant to the Athletics Director. Prior to his “official” retirement in 2004-05, he was the senior associate athletics director the previous 12 years, after serving eight years as the associate athletics director for development and director of the Loyalty Foundation (now the Ole Miss Athletics Foundation). He also provided leadership as interim athletics director at Ole Miss from April to June 1998.

Shirley Crawford said her husband felt fortunate and grateful to work in many different areas at Ole Miss and would be honored by the naming of this fund. “He loved coaching, working with the student-athletes and seeing them become successful both on campus and beyond, so this fund is something he would be very proud of,” she said, adding that Crawford’s work allowed him to cross paths with countless alumni and friends who supported the university.

Now, Carter said, Ole Miss Athletics is calling on those alumni and friends to help continue Eddie Crawford’s legacy by making a gift to the endowment. “Eddie, with Shirley alongside, made improving Ole Miss Athletics their life’s work,” Carter said. “Now it’s time for us to give back to permanently cement Eddie’s legacy while helping current student-athletes achieve the goals that Eddie worked for his entire career.”

The Crawfords’ longtime friend and early contributor Bob Seibels of Montgomery, Alabama, said the honor is well deserved. “Eddie spent his life making Ole Miss better and now we have an opportunity to continue his work,” Seibels said. “I cannot think of a more appropriate way to honor his memory than to give to this worthy cause.”

Crawford was a star performer for the Rebels and UM’s last three-sport letterman, excelling in football, basketball and baseball from 1954 to 1956, and also participating in track for one season. As the starting left halfback, Crawford helped lead Head Football Coach John Vaught’s Rebels to back-to-back Southeastern Conference titles in 1954 and 1955, and had a three-year career rushing average of 6.4 yards per carry. In basketball, he started at forward for Coach B.L. “Country” Graham in a lineup that included All-Americans Denver Brackeen and Joe Gibbon. Playing for Coach Tom Swayze, Crawford was an All-SEC center fielder in 1956, serving as team captain when the Rebels won the SEC Western Division and NCAA District III titles, advancing to the College World Series.

Following his collegiate career, Crawford was drafted by the New York Giants of the National Football League. He was an instant success with the Giants in 1957, playing first team as a defensive back. However, a nagging shoulder injury from his college days limited his pro football career to that single season, even though Giants assistant Vince Lombardi was encouraging Crawford to return in 1958. With his mind made up to retire from the NFL, Crawford entered the coaching ranks as an assistant at Greenville (Mississippi) High School in 1958. He was named head coach at Greenville High in 1959 before returning home to Tennessee, where he was hired as Jackson High School’s coach and athletics director in 1960, a position he held until returning to Ole Miss in 1962.

The Crawfords have two children, Kim and Kip, both Ole Miss graduates, and two grandsons, Slater and Logan.

To support the Eddie Crawford Memorial Scholarship Endowment Fund, checks may be written to the Ole Miss Athletics Foundation or UM Foundation with “Eddie Crawford” in the memo line and sent to P.O. Box 1519, Oxford, MS 38655.