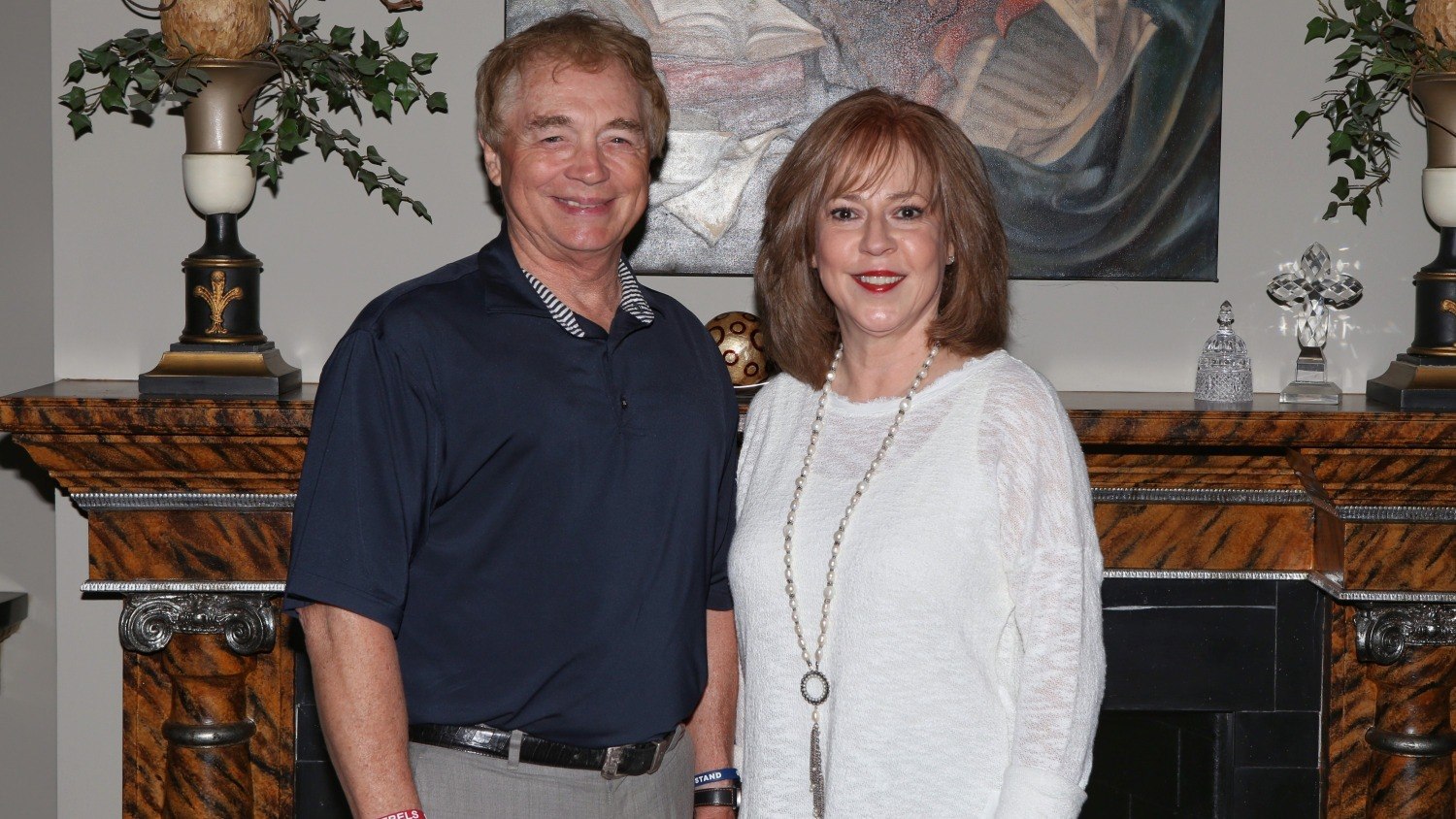 John and Donna McCommon, who recently made a $250,000 gift to the Forward Together campaign for Ole Miss Athletics, may not be University of Mississippi graduates but they definitely share a passion for the Rebels. One of the couple’s first dates was to an Ole Miss football game in Memphis, but both enjoyed the beauty of the university and its sports long before they met. “When Donna was in high school, she attended several cheerleading camps and fell in love with Ole Miss and the campus then,” John McCommon said. “When I lived in Clarksdale, Bobby Franklin (the 1959 Sugar Bowl winning Rebel quarterback) lived on the same street. His younger brother, Larry, was a friend. I guess I became a Rebel fan because of that and because I marched in Vaught-Hemingway Stadium as an eighth grader in the Clarksdale band. I fell in love with Oxford and Ole Miss early in life.”

The McCommons, who enjoy Ole Miss football, basketball and baseball, visit campus as often as possible. They contribute to the band every year and have supported Ole Miss Athletics in a number of other ways, including their contributions to the Freeze Foundation – an organization established in 2015 by Head Football Coach Hugh Freeze and his family to help orphaned children worldwide.

“Our giving to Ole Miss Athletics started very small and has increased over time due to our love of Ole Miss sports, mainly football,” John McCommon said. “It has grown over the years to the point that it is meaningful and we love what Ole Miss has done with our giving along with that of others.”

Additionally, the McCommons contributed $25,000 to the Jake Gibbs Letterwinner Walk Project, new construction at Vaught-Hemingway Stadium that will pay tribute to student-athletes and will also be part of an extended Walk of Champions. Additionally, the McCommons, who own one of the nation’s largest charter bus companies, have committed to provide $125,000 in transportation to support Freeze’s recruiting efforts.

Their most recent gift will help support future capital projects, said Keith Carter, senior associate athletics director for development and executive director of the Ole Miss Athletics Foundation. “We are so thankful for generous Rebel fans like John and Donna McCommon who love to support our programs. Their contributions significantly improve our ability to be competitive,” Carter said. “The McCommons have been hugely supportive of Ole Miss Athletics. We are extremely grateful to them and feel honored to know them.”

The $150 million Forward Together campaign was launched in 2011 to strengthen Ole Miss Athletics in its continuous commitment to excellence. With the help of 3,425 donors, the ambitious campaign surpassed it original goal in November 2015, raising $155 million. The campaign conceptualized 10 to 14 capital projects, including the gleaming Pavilion at Ole Miss – a $95 million arena that seats approximately 9,500 fans for basketball games, concerts and other events.

The Ole Miss Athletics Foundation recently announced a $50 million stretch goal for its next phase of projects that will include renovating the Oxford-University Baseball Stadium and building an indoor baseball performance center, as well as upgrades to the FedEx Student-Athlete Success Center, Gillom Sports Center, Ole Miss Track and Field Complex, Starnes Athletic Training Center, football practice fields and a new indoor tennis facility. “We like what we see,” John McCommon said. “And, as we continue to give, we know that we will continue to see positive changes in athletics and in the lives of the student-athletes at Ole Miss.” The McCommons say they simply grew up Rebel fans.

Donna McCommon was born in Natchez, Mississippi, and was raised in Roxie, Mississippi, only a 30-minute drive from her birthplace. After graduating with a number of music degrees from Mississippi College, she worked at Pearl High School as choral director and director of fine arts before retiring from her 35-year career. She continues to be involved in the music business, judging and consulting as personal projects, and she is also an avid recreational photographer.

John McCommon, who enjoys golf and spending time with his grandchildren, was born in Philadelphia, Pennsylvania, but spent most of his childhood in Clarksdale and Jackson, Mississippi, and attended high school in Whitehaven, Tennessee. After attending the University of Memphis (then Memphis State University), he held a number of different positions in car and truck rental and leasing as well as publishing. His current business, Cline Tours, Inc., operates a fleet of more than 150 buses from locations in Alabama, Arkansas, Mississippi and Tennessee.

To learn more about the Vaught Society and how it supports the Forward Together campaign, contact Keith Carter at jkcarter@olemiss.edu or call 662-915-7159.