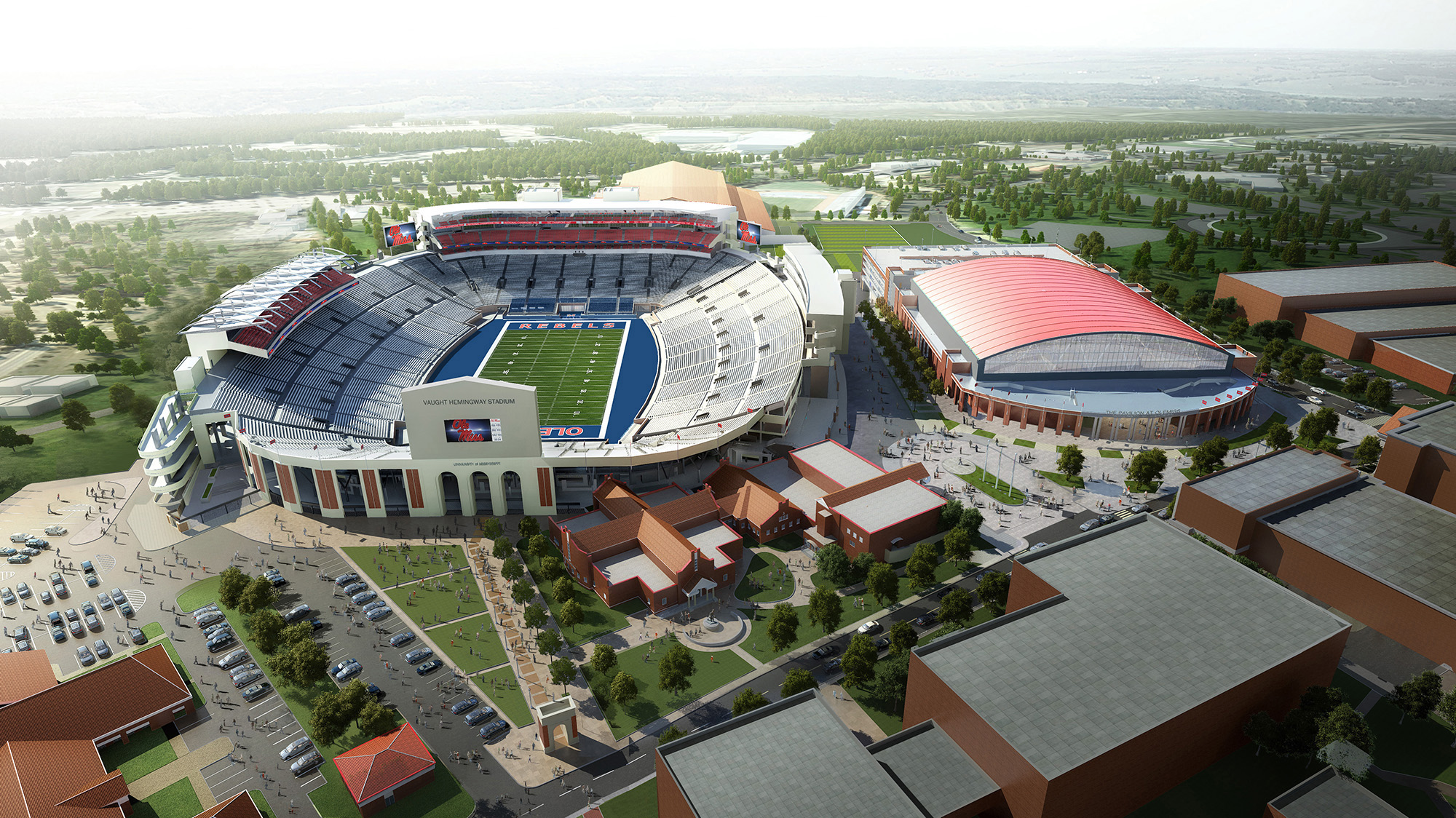 “On behalf of Ole Miss Athletics, I want to thank everyone in the Ole Miss family and beyond who have made a contribution towards the Forward Together campaign and helping us not only reach our $150 million goal, but surpass it sooner than expected,” said Ole Miss Director of Athletics Ross Bjork. “When I arrived, I stated that we must ‘pull the rope in the same direction because you love our student-athletes,’ so I appreciate everyone who has become a follower of this approach.”

“In addition, we have the best fund raising staff in the country and their hard work has not gone unnoticed throughout our campaign. The generosity by Rebel Nation allows us to keep improving our athletics facilities and enhance the student-athlete and fan experience at Ole Miss. We will all be challenged with our new goal of $200 million, but we will continue to work with maximum effort to achieve goals on and off the field and move forward together as family.”

“We are always amazed to see how generous Rebel Nation can be, and we look forward to seeing this excitement continue as we move ahead to reach our new goal,” said Keith Carter, Ole Miss senior associate athletics director for development/Athletics Foundation executive director. “Not only is the Forward Together campaign providing top-quality experiences and resources to be successful for our student-athletes, but it is also giving our fans the best gameday atmospheres in the country.”

As part of the Forward Together campaign, multiple projects have either been completed or are underway. The Manning Center, the spectacular indoor practice facility, finished renovation in the spring of 2014. Vaught-Hemingway Stadium is in the midst of a facelift that will provide Rebel fans with an even greater gameday atmosphere along with additional seating. Thirty luxury suites and 870 club seats were added to the south end zone, and the west skyboxes were renovated before the 2015 season.

With the campaign reaching its goal, Vaught-Hemingway will see more improvements next season. The north side of the stadium will be transformed into an exciting new “front door,” complete with a plaza and bell tower. The Walk of Champions will extend from the Grove to the plaza, which will include the new Jake Gibbs Letterwinner Walk. The series of columns will feature the names of every student-athlete who has earned a varsity letter at the University of Mississippi, dating back to the first football team in 1893. Closing in the north end zone will bring stadium seating above 64,000. Finally, new videoboards along with improved audio systems will be ready for the 2016 season.

Looking to continue the momentum and success of the Forward Together campaign, the Athletics Foundation announces a $50 million stretch goal for the next phase of projects. These projects will include renovations of the following facilities: FedEx Student-Athlete Success Center, Gillom Sports Center, Ole Miss Track and Field Complex, Starnes Athletic Training Center, football practice fields and a new indoor tennis facility.

Along with upgrades to each of those athletics facilities, additional enhancements to Oxford-University Stadium/Swayze Field will improve different sections of the facility to benefit the team and its fans. More details regarding this project will be announced in the future.

As part of the next phase, $35 million of the $200 million goal will go towards current capital project costs and $15 million toward a capital investment fund to continuously maintain and improve all Ole Miss athletics facilities.

The Ole Miss Athletics Foundation is the fundraising department of Ole Miss Athletics and provides resources for student-athletes through scholarships, facilities, coaches’ compensation and other areas of the programs. For more information about the foundation and its initiatives, visit https://givetoathletics.com or call 662-915-7159.